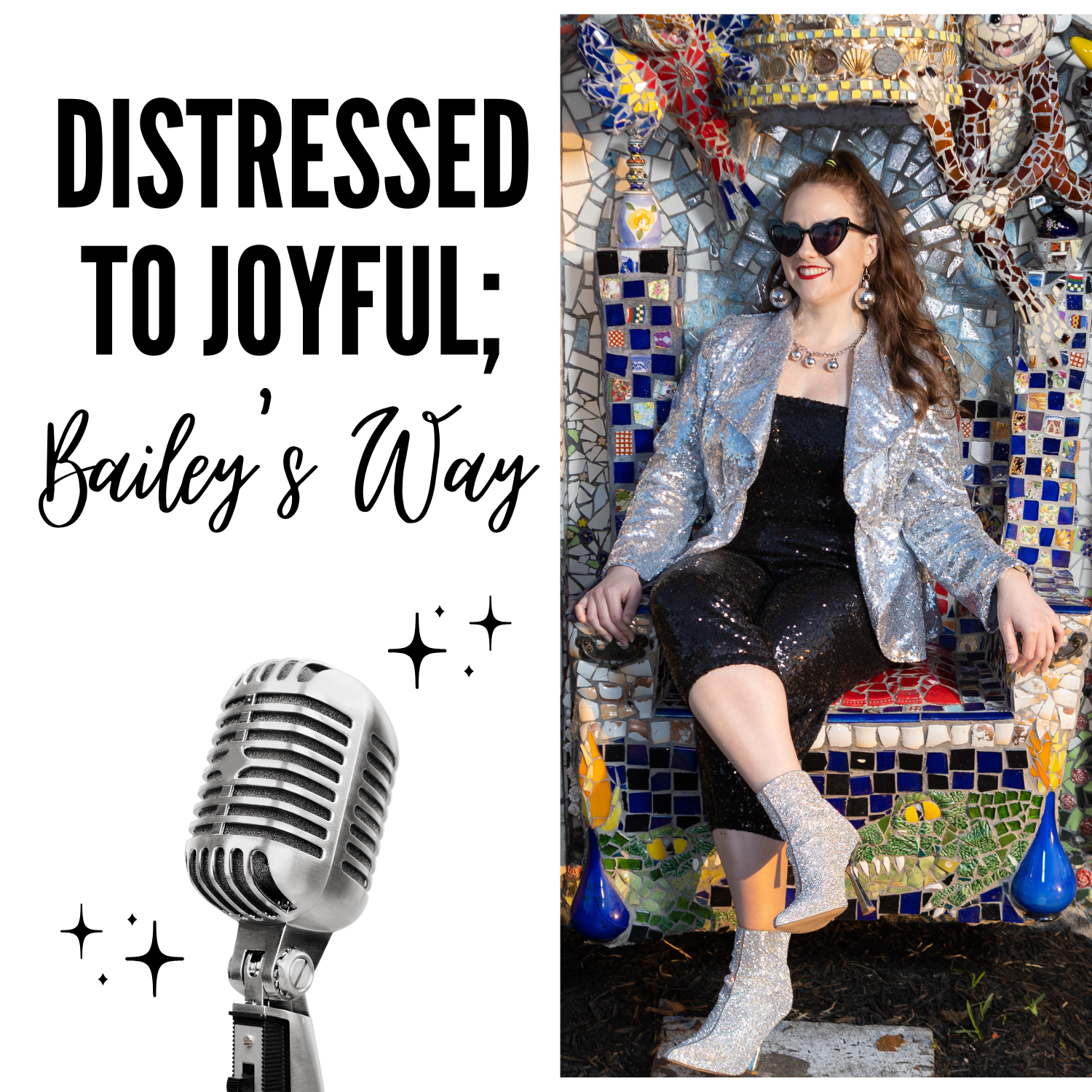 BONUS – College IS For Everyone! – Distressed to Joyful; Bailey’s Way

Tune into this bonus episode to hear Bailey discuss her feelings surrounding college. You may or may not have experienced these same thoughts and feelings for yourself, but Bailey hopes that those feelings will begin to change in a positive way by the end of this bonus episode. WEBSITE: https://whatisheybailsdoing.com/  INSTAGRAM:  https://www.instagram.com/distressedtojoyful_baileysway/ FACEBOOK: https://www.facebook.com/distressedtojoyful.baileysway/ ETSY SHOP: https://www.etsy.com/shop/BaileysWayDesigns

For me, attending college after high school wasn’t exactly an option. Sure, I applied to a few schools during the fall semester of my senior year like all of the other kids were doing, but I never actually pictured myself going off to school in the following year.

There are multiple reasons as to why I didn’t feel like college was for me. First of all, the financial aspect. My parents decided early on that they would not pay for myself or my two siblings to attend college – that we would have to figure out how to afford it on our own. This stems from the fact that my dad and my uncle put themselves through school in the 80s, so they believed that we should have to do it too. To be honest, I resented my parents for a long time for this but I’m now in a place where I actually appreciate their decision.

“I can and will accomplish anything that I put my mind to and I hope you’ll find a way to ignite your fire to believe in yourself too.”

Next, there was the fact that my mom never went to college and the school that my dad attended was a trade school versus the typical four-year university. Being the oldest, this would’ve meant that I would’ve been the first in my family of origin to attend a university – no pressure, eh? But this family history made me feel as if since they didn’t graduate from a university with a bachelor’s degree, what makes me think that I can?

The biggest overall factor as to why I didn’t see college in my future was self-doubt that was placed into my head by other people. I was diagnosed with bipolar 2 disorder when I was a sophomore in high school and back in 2010, people weren’t accepting of mental health like they are today. Many people, especially my parents, saw my diagnosis as a handicap and treated me like I was incapable of accomplishing big things that “normal” people do. Depression then took over my life in such a way that I began to stop caring about my grades, school or anything else for that matter besides going to parties and getting drunk with my so-called friends. The once ambitious, over-achiever that I once was had disappeared and wouldn’t return until almost a decade later.

As my senior year of high school came to an end, college was nowhere in sight. I jumped right into the workforce and soon moved out of my parents’ house as an independent 18-year-old. I spent the next 6 years working two jobs to afford life on my own, still with no thoughts of college to enter my brain.

Fast forward to the end of 2020 when I was searching for yet another new job and my partner, Monish, asked, “what about you start working towards a career instead?” I remember telling him that I would need to go back to school to do so, to which he replied, “so why don’t you? What’s stopping you?”

I thought about that question long and hard before giving him my list of excuses. I also mentioned that because my dream career is to finally become a fashion designer, that I would want to attend my dream school: The Fashion Institute of Technology in New York City. To my delightful surprise, he was beyond supportive of fulfilling this dream of mine and for us to move to New York City for me to be able to do so.

“The once ambitious, over-achiever that I once was had disappeared and wouldn’t return until almost a decade later.”

We sat down and put a game plan together where the first move was to get me enrolled into Houston Community College’s fashion design program as a stepping-stone for me to later apply to attend FIT. With Monish by my side every step of the way, I applied to HCC in the Spring of 2021 to be able to enroll in classes for the fall 2021 semester.

I’m beyond thrilled to say that not only am I so grateful for Monish’s push and encouragement for me to finally word towards my dream, but that I also successfully completed my first semester of college! Besides that, I completed the semester with a 4.0 GPA! These two things I never saw as possible until some outside forces (Monish plus my wonderful friends) came along and helped changed my self-narrative.

The next step is for me to continue to take 2-3 classes per semester at HCC until the spring of 2025 when Monish and I plan to move to New York City. I plan to apply to FIT’s Fashion Design Program for the fall 2026 semester and the rest will be figured out once I’ve crossed these bridges.

While I can’t go back in time and tell the little 18-year-old me not to believe the lies that people kept telling me about myself, I can continue to move forward, believe in myself, and know that I AM college material. I can and will accomplish anything that I put my mind to and I hope you’ll find a way to ignite your fire to believe in yourself too.

Hungry for more content? Check out one of the article below for some more positive vibes from yours truly! 😉